As part of the upcoming Modern Quilt Guild’s QuiltCon event in Austin, Texas, Guild members from around the world were invited to submit quilts for exhibition and competition. Only a fraction of those quilts entered were actually selected, and we are thrilled to announce that one of those quilts was made by our very own Alys.

Somewhat prolific quilt-maker and general clever clogs Alys designed and made her quilt Gradient in 2013 as part of a challenge when she was a member of the Canberra Modern Quilt Guild.  The challenge centered around the then Pantone Colour of the Year, Emerald and was a block challenge, and Alys chose to construct log cabins.  As well as incorporating shades along the emerald spectrum, she used a lot of white to create the negative space characteristic of many modern quilts.  However, as she needed to obtain more and more white fabric, she soon discovered that there are also many shades of white, which she only realised when she went to construct the blocks and noticed the variations therein. Which has of course become a design feature of the quilt.  And to top it off, she matchstick quilted it on her domestic sewing machine.

Alys exhibited Gradient last year at the Australia’s first modern quilt show, hosted by the Woolongong Modern Quilt Guild.  It was the first ever time she had ever exhibited one of her quilts.

Gradient will now be exhibited among some of the world’s best examples of modern quilting at QuiltCon, as well as being in the running for some amazing prizes in the competition. And as luck would have it, Alys will be attending QuiltCon, so will get to see her work exhibited in person.

Congratulations Alys, and good luck for the competition!  All of MMQG is behind you! 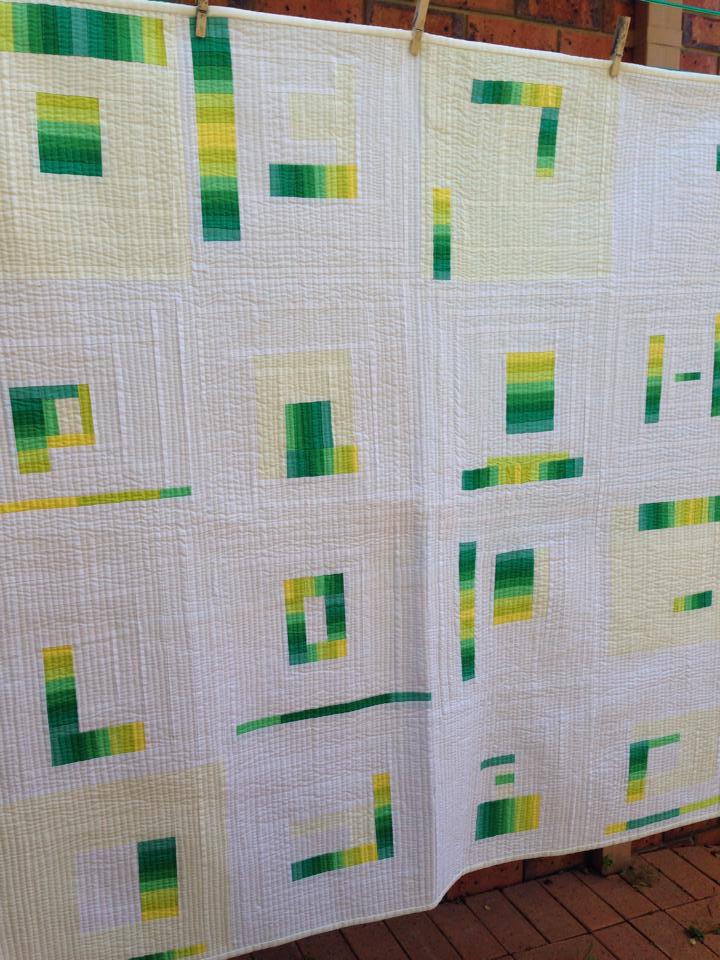