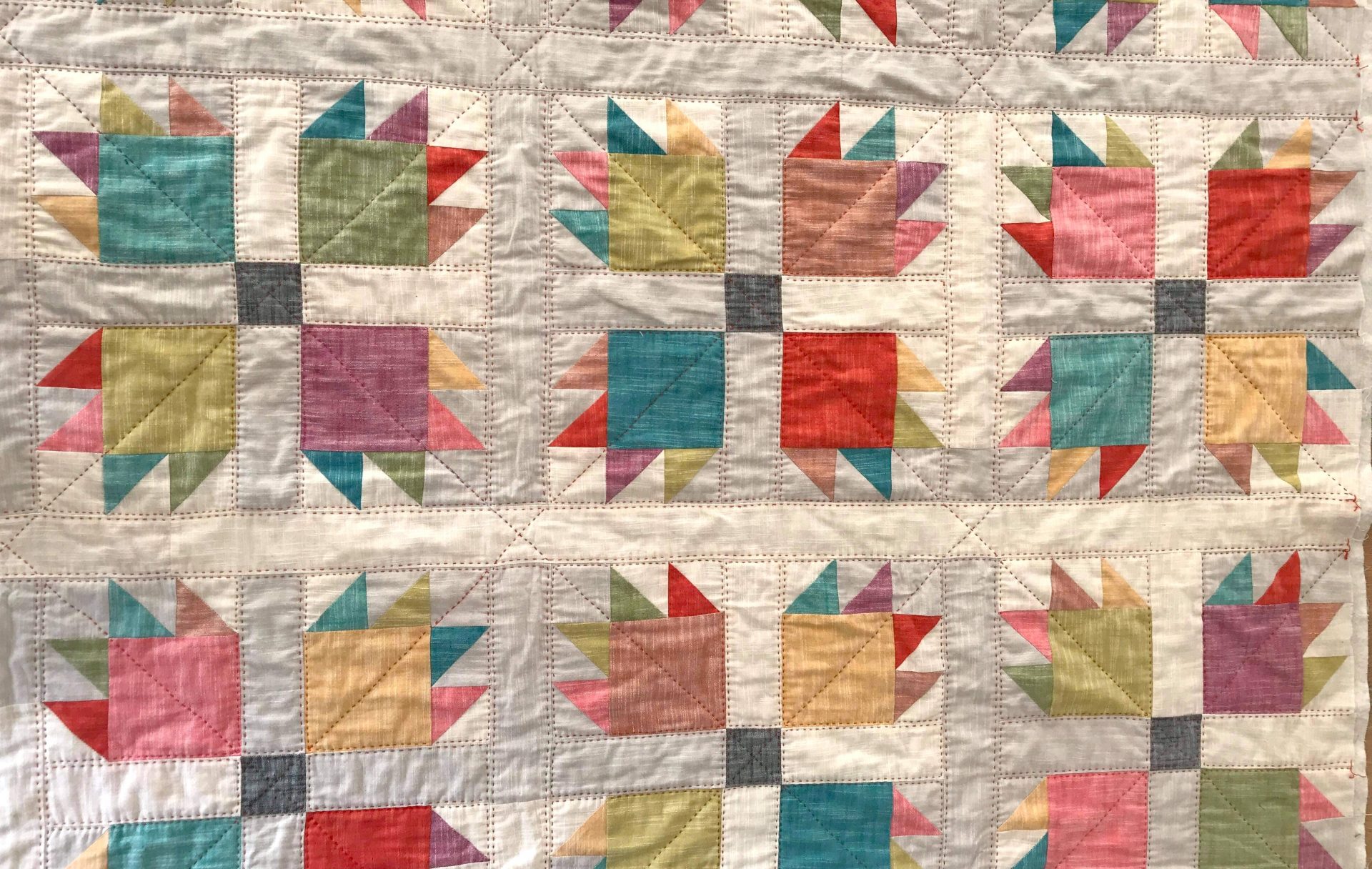 This is an extract of an article which appeared in Vic Quilter magazine, Jan 2015, written by MMQG member S-J Rice.

The modern quilt movement has emerged over the past decade as a distinctive style of quilt making, which sits alongside traditional and art quilting as another valid expression of the quilting community.

The term “modern” refers both to the contemporary nature of the quilts as well as their aesthetic, which, like modern art can break traditional conventions.  In fact to call this style “modern” may indeed be misleading, as you need only to look back at the Gee’s Bend quilt community which developed in 1930’s America to see the beginnings of what we now might label the modern quilting aesthetic.

Modern quilts have sometimes been described as bold, fresh and geometric, but modern quilters are as diverse in their approach as quilters of any other style, producing different quilts using a variety of methods.  As such, there is no absolute definition of what makes a modern quilt.  However, some of the following qualities can often be found in modern quilts:

Fabric
Modern quilters are most likely to use contemporary quilting fabrics, with bold colours and prints, and will often use colour palettes that are in line with current trends in interior design or fashion.  The heavy use of solids or low volume prints as a backdrop to feature prints makes for a more minimalist look, and draws attention to those bolder prints.

Improvisational piecing
Modern quilters are more likely to follow an online ‘tutorial’ than a pattern.  In this way a modern quilter enjoys the creativity to create their own design, within a loose framework.

Negative space
In keeping with the more minimalist look of modern quilts, a strong use of negative space can allow for greater emphasis on the surface quilting, and can be used to draw the eye to the positive space features.

Modern quilts may have some, or all, of these qualities.  Quilter, author and Modern Quilt Guild Chair Jacquie Gering describes modern quilting as existing on a continuum, where quilters may choose the ways which they engage with the elements of modern quilting.  Ultimately modern quilting is an individual expression of each quilt maker.