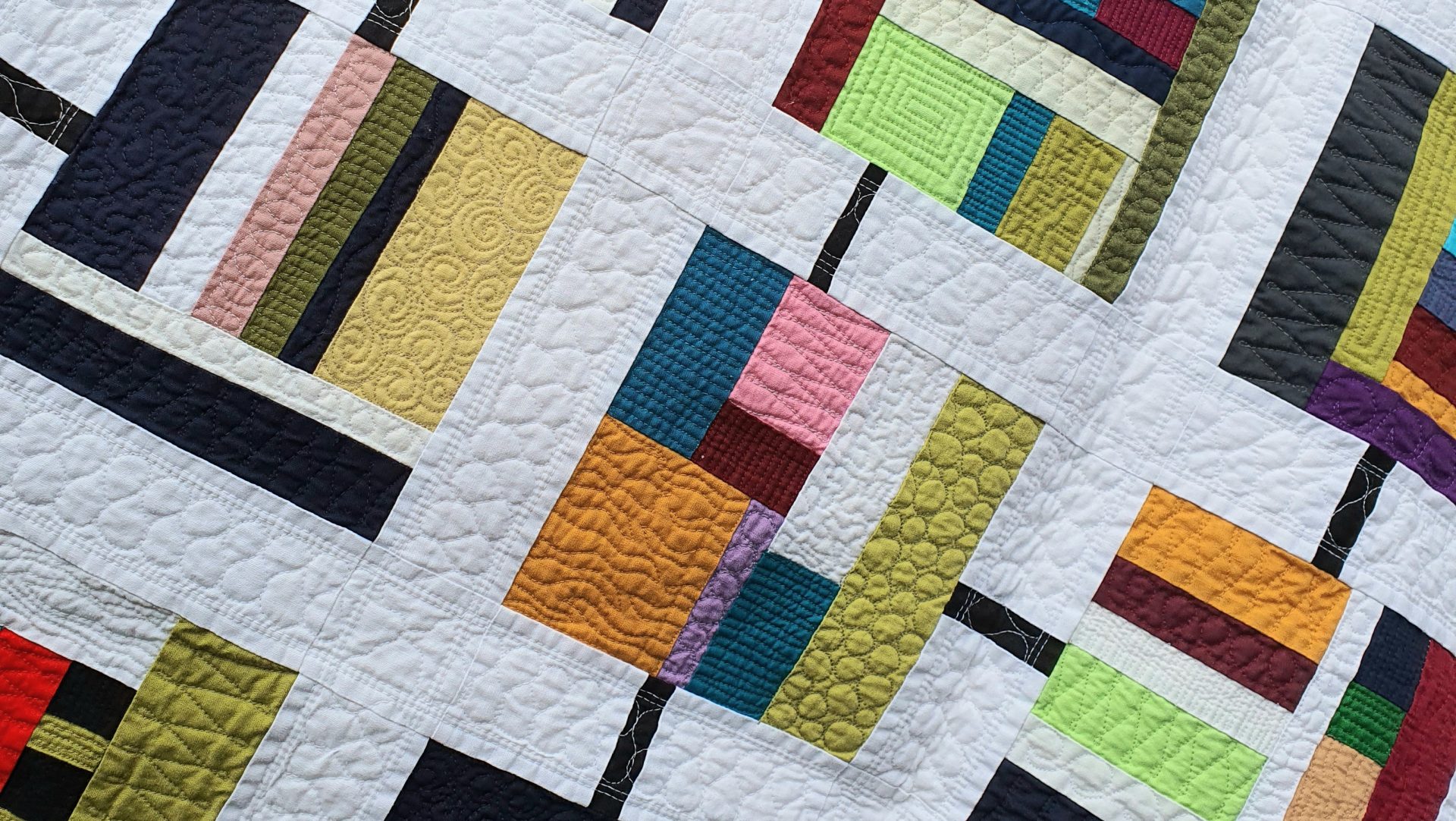 Modern quilting brings both a design aesthetic and mindset to an ancient artform. It is inspired by modern design elements like minimalism, high contrast and emphasis on negative space. It incorporates a mindset of exploration, experimentation, a willingness to think outside the box, to change, to evolve. It is unique in its capacity to be embedded in a digital social culture and yet remain a deeply visual and highly tangible medium. It celebrates technique and values tradition while pushing boundaries.

“primarily functional and inspired by modern design. Modern quilters work in different styles and define modern quilting in different ways, but several characteristics often appear which may help identify a modern quilt. These include, but are not limited to: the use of bold colors and prints, high contrast and graphic areas of solid color, improvisational piecing, minimalism, expansive negative space, and alternate grid work. ‘Modern traditionalism’ or the updating of classic quilt designs is also often seen in modern quilting.”

As well as exploring the International Modern Quilt Guild website, we find these resources helpful.